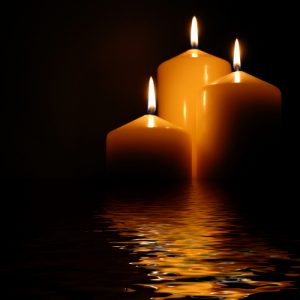 The past few months have been rough. Kathy’s dad, Sam, fell just after Christmas and broke his hip. We were blessed to have been able to see him during this time because the ordeal was just too much on Sam’s already weakened body (he had heart and other issues) and he left this earth just two weeks ago today.

We are dealing with our grief even as we praise God for Sam’s release from pain. Words just have not come for either us to write anything lately. Then just last week, Jim, Kathy’s brother wrote these words and shared them on Facebook. We share them with you. Jim’s signature will take you to his Facebook page.

It has been said many times that how we die is at least as important as how we live. While my dad was no saint and spent too many years a binge-drinking alcoholic, not long before he died, he proudly reported to me that he had just received his 31 year coin– marking 31 years of sobriety. He did not always live well, but he came a long way in those past 31 years, to the point where I‘m glad to say he was able to die well.

That he was able to die well came from a lifetime of spiritual formation, including at least, dying in the hope of his vital faith. Despite and even through his doubts and struggles in his earlier years, that vital faith was foundational to who he was through all life’s joys and trials. That kind of faith does not happen by accident, nor does it happen without long-term commitments and cultivation.

I first encountered death when I was in about the second grade when my grandmother died. I still remember wiping my tears with the bottom of my clip-on tie at her funeral! Her death and service were surrounded by signs of the faith that even helped an 8 year old make sense of it all. Not long after that, I encountered death again while camping, when, after hearing a stranger’s cry for help, my dad and I went to find the lady’s husband collapsed after trying to rebuild their campsite after a storm. I didn’t know anything about the couple, nor much about death, but knew it was a time to pray.

Our kids even at young ages cannot be insulated from death. The kind of spiritual formation that allowed my dad to die well, came largely from a lifetime of small efforts at spiritual cultivation. Being surrounded by church and prayer when my grandmother died was part of that spiritual cultivation in me, so that when I next encountered death completely outside of any church context at that campground, I still knew that it was a time to turn to God in prayer for that shattered stranger we went to help. My dad’s immediate response to her cries for help, and, young as I was, bringing me along, was also part of that cultivation, helping to shape my identity as one who responds in the face of crisis, rather than running away, or thinking it’s “not my problem,” as too often is the case today.

It is so often those seemingly insignificant efforts that cultivate in our Little Ones seeds that grow into the kind of powerful faith that shapes our Precious Ones into responders and pray-ers. That cultivation shapes even young souls into those who can be anchors of hope in the face of death, as my kids were watching their grandfather die, and as my father was while approaching what my son called his “second birthday” into his heavenly life.

Our repeated small efforts in cultivating the faith of the Little Ones in our lives– both our own children and our young friends we invest in at the church– pay great dividends. Whether in helping them when they face death for the first time, for the last time, or all the valleys in between, our efforts at cultivating their faith is what will make them blossom.

Making it through the Valley–
Rev. Jim Lewis