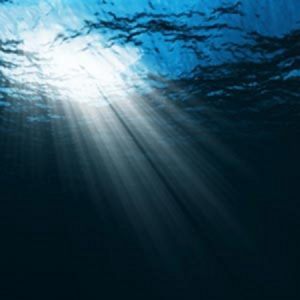 One day as Jesus was standing by the Lake of Gennesaret, the people were crowding around Him and listening to the word of God. He saw at the water’s edge two boats, left there by the fishermen, who were washing their nets. He got into one of the boats, the one belonging to Simon, and asked him to put out a little from shore. Then He sat down and taught the people from the boat.

When He had finished speaking, He said to Simon, “Put out into deep water, and let down the nets for a catch.”

Simon answered, “Master, we’ve worked hard all night and haven’t caught anything. But because You say so, I will let down the nets.”

When they had done so, they caught such a large number of fish that their nets began to break. So they signaled their partners in the other boat to come and help them, and they came and filled both boats so full that they began to sink.

When Simon Peter saw this, he fell at Jesus’ knees and said, “Go away from me, Lord; I am a sinful man!” For he and all his companions were astonished at the catch of fish they had taken, and so were James and John, the sons of Zebedee, Simon’s partners.

Then Jesus said to Simon, “Don’t be afraid; from now on you will fish for people.” So they pulled their boats up on shore, left everything and followed Him.
— Luke 5:1-11 (NIV)

Is there more to being “Christian” than coming to church on Sunday (and maybe Wednesday if we are really good)?

Are we meant to be more than “holy bench-warmers”.

Are we all called to be ministers of the gospel?

I believe that our response to Jesus’ life, death, and resurrection is in our going deeper – sometimes in the face of the absurdity of the moment. It may mean taking a look at some of our assumptions and knowledge

In his article, “Organic Church”, Neil Cole gives a broad but simple definition of church:

The presence of Jesus among His people called out as a spiritual family to pursue His mission on this planet.

Do we get caught up in the busyness of live and church and miss the real mission? Do we settle for less than what God has planned for us?

What do we mean by “being called out”? How does that change who we are and what we do? We are called out of this world but we are not fully separated from it in this life.

What or who is our spiritual family? Do we run the danger of closing ourselves off from those who need the gospel?

How do we experience the presence of Jesus? I think we can all agree that just coming to church is not enough.

Now I’m not suggesting salvation by works but if you want to go deeper, it may take reading more, or studying more, doing more. Go to Emmaus, other Christian retreats. Don’t spend your whole life going from mountain top experience to mountain experience but do take time to gain new insight and put it to use in your life. Knowledge not put to use is meaningless and a waste of time.

See how others are being “Jesus with skin on”. If we are His hands and feet as some say, what does that mean and what does it look like? Well, first you need to look at what did Jesus said about His mission here on Earth.

And what did He say about our work? Here’s the real hands-on practicum.

Again, how do we do this?

How have Kathy and I done this? Not to brag but to show you that ordinary people can do this!

2. We have both been part of men’s and women’s accountability groups.

3. We have both been part of discipling others as well as being discipled – this is an ongoing process!

4. Besides our personal study and prayer, we have both done Elijah House (Kathy has taken EH II as well as EH I) and we both took the Perspectives on the World Christian Movement course.

5. We have both been involved and still are involved in Prayer Ministry (I took course at Athens College of Ministry); Kathy has been involved with Healing Rooms and knits many Prayer Shawls

6. I led a Bible study for a year at Waypoint Center – a Christer-centered residential addiction recovery center in Dahlonega, GA.

7. We are active in cultural work – having been to Brazil, El Salvador, and Jordan, as well as building relationships in Clarkston, GA>

Nothing is a hindrance or disqualifies you – age, “lack” of skills, knowledge, etc. God equips the called.

But the most important thing is keeping the focus that this is all about Jesus. Without Him, this is all meaningless.

It’s a relationship not a religion.

It’s about people, not programs or politics.

It’s about wisdom, not knowledge.

It’s about mission, not maintenance.

It’s about the present and the future, not the past.