A few weeks ago, I attended the Georgia Whole Heart Advance (a men’s retreat: https://worshipperwarrior.org/. This is my thoughts in story form: 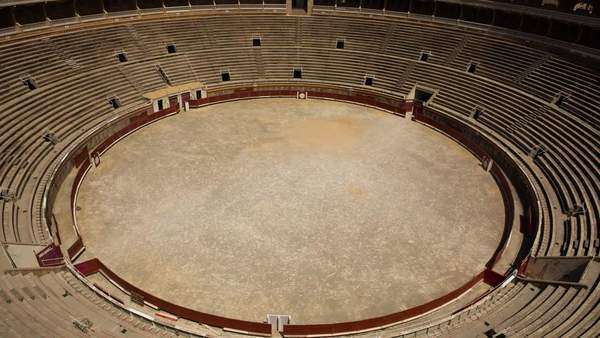 I am tired. Sixty years I have fought in this arena. A long time; longer than many, but not as long as some of my brothers. Day after day, I stand in this arena and I fight. And I watch other men do the same.

And why do we fight? At one time, we all thought we were fighting for something good, something that would last, a battle worthy of fighting. We thought we were prepared for the battles – we were young, we had strength, we had passion, we knew we could win. But we didn’t reckon with our opponent who doesn’t fight fair or for glory but fights to steal men’s dreams, kill their identities, and destroy their hearts.

And our opponent has controlled this arena for years. We had all heard the stories of past battles and times when men had been victorious. We knew the stories and songs of great warriors who had a strength that came not from human power but something greater, and men were no longer bound to the arena for a time. But those warriors passed on into history, and men soon forgot how to live with free hearts and our opponent would take men captive once again.

I remember when I was younger, and I heard the stories of the king who built this arena and called men to train and fight for his glory. He had called some those great warriors of the past to the arena to help men find their hearts and to be free. The king even sent his son to show men how to live free.

Our opponent was not prepared to give up and caused men to turn away from the son and even kill him. Our opponent had won, or so he thought, until the son appeared again in the arena, bearing the scars of this battle, and many men joined him and found their hearts and freedom.

I remember when I believed the stories of the king and his son and I knew they were more than stories and walked away from the arena a free man.

But our opponent has minions who work to steal back the hearts of men and this causes men to attack each other. Sometimes hearts are lost little by little, sometimes all at once. But one way or another, men find themselves back in the arena, as one day so did I, fighting not for glory or for good but for survival.

But this time, the truth was in me. I remembered the stories of the king and his son. And there were others in the arena that knew them too, for we began sharing them and singing the old battle songs again. We began to remember what the king said about us. Battle wounds were healed and those who had given up the fight joined in again with renewed strength.

Our enemy increased his attacks, but my brothers and I had found our hearts and something truly worth fighting for and we fought for our king. And many believe as I do that his son fought with us.

So, you ask, why do I still fight in the arena? I fight for those who don’t know the story, those who have forgotten the story. Yes, I am tired but until the Son comes to reclaim the arena for His Father, He has given me and many brothers the task to fight to show others the Way.

“For we fight not against flesh and blood…”

My armor shows signs of battle, my clothing has rips and blood-stains, but I am a whole-hearted warrior and I sing the battle songs of my King.