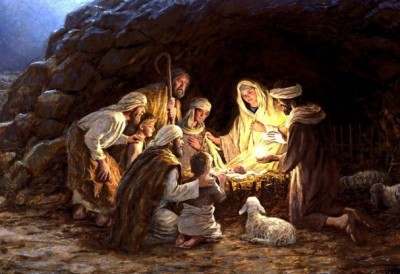 What Child is this who, laid to rest
On Mary’s lap is sleeping?
Whom angels greet with anthems sweet,
While shepherds watch are keeping?
This, this is Christ the King,
Whom shepherds guard and angels sing;
Haste, haste, to bring Him laud,
The Babe, the Son of Mary.

Christmas still has that way of making us ask questions – and I believe it should. But do we have really good answers for these questions: Do we really celebrate Jesus’ birthday? Does anyone really believe our story of Christmas? And, who is this Child, anyway?

I believe the Grinch got the meaning of celebrating Christmas – it is more than presents, bows and tags. Belief in the Story comes from seeing the changes in the lives of those who profess belief – I’m not one for arguing or beating someone over the head to get them to listen or believe.

And the Child? The Child is Emmanuel – God with us. He took our form, became one with us to show how much He loved us. The attraction and wonder of a Child was the way He chose to introduce Himself. That same attraction and wonder was in His invitation to some fishermen as a rabbi, “Come, follow Me”. He calls to us – shepherd, fishermen, whomever. And in response, we sing and invite others:

So bring Him incense, gold and myrrh,
Come peasant, king to own Him;
The King of kings salvation brings,
Let loving hearts enthrone Him.
Raise, raise a song on high,
The virgin sings her lullaby.
Joy, joy for Christ is born,
The Babe, the Son of Mary.