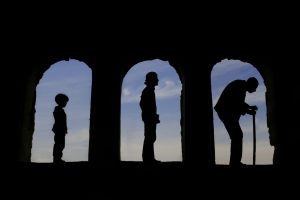 I’ve been preaching more lately – which is a good thing – and it has had me listening more to what I hear God saying. I’m being overwhelmed with the message “Heart of Worship”. I’ve preached twice on that recently but still haven’t’ scratched the surface of where God is leading. I was going to write on that last week and just couldn’t jell my thoughts enough to get them down. And now, I’m late. In the midst of all of this, my friend/brother/mentor Jim Brown posted this on Facebook. There’s a thread here that connects – though I’m no totally sure of how – to what I’m hearing. I share it with you for you discernment and edification.

I’m sorta in this thought right now concerning our identity and union with Christ…how I long to be fixed in reality to what I write about and hear others speak and write about in this all-inclusive reality.

Gal. 2:20 – “I have been crucified with Christ; and it is no longer I who live, but Christ that lives in me; and the life which I now live in the flesh (this mortal human body) I live by faith in the Son of God, who loved me, and delivered Himself up for me” precious word indeed!

The broad majority of Christians today only know the forgiveness of sins made possible by Jesus’ death on the Cross for us. This is the first stage of life in Christ and is spoken by Paul in the first three chapters of Romans.

For this, we come TO the Cross.

Some come through to know that when Jesus died, they died with Him. They see themselves as a new creation, with the old man dead and buried. And they begin to express freedom from condemnation and the victory of the resurrected life of Christ becomes a greater reality. This is described by Paul in Romans chapters four through eight.

For this, we see ourselves ON the Cross.

Still fewer get to the ascended life where they truly function in a heavenly realm consistently… how I long to be found fixed in Him in that place! This is a life which sees through external situations to the God who “works all things after the counsel of His will”, such as Paul wrote of in Romans chapters nine through sixteen.

In this stage we TAKE UP the Cross.

So perhaps there are three stages or three steps in recognition of the ONE who indwells us as a result of our new birth. John in his first epistle spoke of these in terms of children, young men and fathers – I Jn. 2:12-14.

Children are dependent. They need to be cared for, they need reassurance and comforted often. Perhaps all they know is that they have been forgiven. Young Men are keen at trying their hand at overcoming the enemy, understanding spiritual warfare. They are beginning to lose their need for dependence on others like children do. They have begun to flex their spiritual muscles and are ready for the fray. Fathers have matured to the point that they “KNOW” they are in union with God and are experiencing a fully-formed Christ within. The dependence of childhood and wavering of youth has passed. They are fixed in the fact that Christ IS their replaced life!

This is the point at which we have attained to the ‘unity of the faith, and the knowledge of the son of God’ – That fixed consciousness of Him as our “all”, from which we no longer be swayed (Ephesians 4:11-16). Faith has become its own evidence, so we pass beyond reckoning into knowing. We know we are ONE WITH HIM- this is the unity of the faith.