But you are a chosen race, a royal priesthood, a holy nation, a people for His own possession, that you may proclaim the excellencies of Him who called you out of darkness into His marvelous light. Once you were not a people, but now you are God’s people; once you had not received mercy, but now you have received mercy. – 1 Peter 2:9-10, ESV

But you are a chosen race, a royal priesthood, a consecrated nation, a [special] people for God’s own possession, so that you may proclaim the excellencies [the wonderful deeds and virtues and perfections] of Him who called you out of darkness into His marvelous light. 10 Once you were not a people [at all], but now you are God’s people; once you had not received mercy, but now you have received mercy.  1 Peter 2:9-10, AMP

When we look at modern man, we have to face the fact…that modern man suffers from a kind of poverty of the spirit, which stands in glaring contrast to his scientific and technological abundance; We’ve learned to fly the air like birds, we’ve learned to swim the seas like fish, and yet we haven’t learned to walk the Earth as brothers and sisters. – Martin Luther King, Jr. 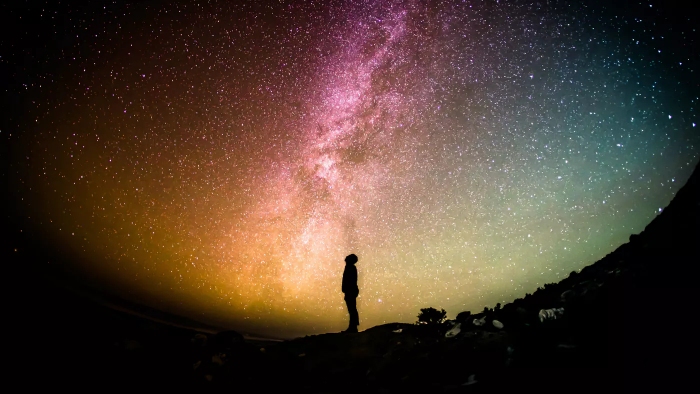 On the Sunday before the Martin Luther King holiday, our pastor chose the subject “Every Life, Every Color”. There was a tribute to Martin Luther King shared by a young man, Trev Rogers, who continues to challenge me as well as others in our thinking. He made a statement about how we often miss the points of holidays such as Martin Luther King’s Birthday and just consider it a day off and a day to rest and catch up. Well, Mondays are normally a day off for me, and it was a day I had things planned to catch up on, but as part of my daily devotions, I read 1 Peter 2:9-10 and maybe because of the day, saw it in a new light.

Peter says we are a “chosen race” (and just in case you want to argue that he’s talking to only a Jewish audience, Paul uses the same language in Colossians 3:12). In John 6:44, Jesus says, “No one can come to me unless the Father who sent me draws him.” We can’t – and we wouldn’t if we could – choose to come to Jesus unless God the Father woos us! We don’t find God, He searches us out, finds us and rescues us.

And once he does, he consecrates us as a “Holy Nation”. The Greek word for nation, ethne, has deeper meaning than our concept of geo-political land masses. Other Scripture uses the English word family. As God chooses us and consecrates us, we become members of the family, set apart for a purpose.

And what is that purpose? We become a “Royal Priesthood”. What does that mean? We are set apart – a “people for His own possession” – special; the King James says “peculiar” (no that doesn’t necessarily mean we are weird but I’m sure it applies to some of us!) We are royal because we are now part of God’s family and Jesus is our brother – we are sons and daughters of the King! We are a priesthood because we now “proclaim the excellencies of Him – [the wonderful deeds and virtues and perfections]”. God doesn’t need us to do this, but we NEED to do this – it is what completes us, it is what we were made for!

There is a beautiful set of contrasts here – “Once you were not a people (at all!), now you are God’s people”. We did not belong to any family, we were in a sense “homeless” without identity but our identity, our place is now in God’s Son. “Once you had not received mercy, now you have received mercy” – we lacked mercy and grace, we wallowed in unforgiveness and shame, and now we have abundant, amazing grace – we should free us to freely give that same mercy and grace to others.

So, the question that needs to be asked is “What is on your heart?” Jesus tells Nicodemus in John 3 that we must be born again – we are reborn, we have a second start, a clean slate. Is your heart, is my heart, new and clean?

And we all, with unveiled face, beholding the glory of the Lord, are being transformed into the same image from one degree of glory to another.  2 Cor. 3:18, ESV

The last time I really read this and meditated on it, God gave me a vision of the “ALL” in this verse – every believer I had ever met, every person to who I had shared the Gospel, and many more. We are ALL being transformed in the same image – we will ALL have a family resemblance, reflecting the glory of God! The human division of races means nothing in light of our transformation – a transformation worked by God.

So many times, when we talk about racism, we seem to only talk about differences between “black” and “white”. Someone mentioned that Sunday that millennials tend to think of racism as something that other generations struggled with and that any racism is a legacy or leftover effect. I would argue that racism is part of our sin nature. How many of us looked at those who even looked Middle Eastern with some sense of fear after 9/11?  Racism is there whether we like it or not. Being half-Chinese, I grew up being neither black nor white and picked on by both sides – I’m ashamed to say I didn’t always handle this well and was not comfortable in my own skin! One would think that I am not racist, but I have found to my chagrin that I have my own biases and bigotry.

I was talking to someone after I started thinking about all of this and they shared that this transformation has been shown to occur at a cellular level in us – something starts to change inside when we truly accept Jesus’ lordship! I am not sure what that really means but it fits with Scripture well – we become new, we become connected to the One who made us and longs to have a relationship with us – all of us!

A couple of people asked me about how I identify myself on forms where the race question comes up. Interesting question, especially considering the times when people choose identity on a whim. Most of the time, I must choose Other because nothing “fits”. But as I really think about it what I really want to answer – with words and actions – is that I am a child of God and maybe that cellular level change will one day show that in a blood test!

Be well, brothers and sisters,
Steve