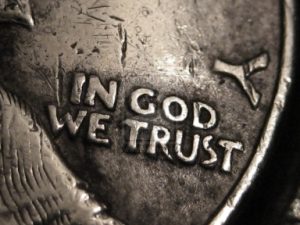 It’s been way too long since either of us wrote anything again. Let me catch up on some of what’s been going on (look back at our Ministry Update post from October and consider this in part the sequel).

We went through a lot between that post in mid-October until now. We thought we were buying a house (had closing date even) and that fell through (something on our end that we couldn’t fix). Spent a lot of time trying to figure out something about housing here in the Athens area (we knew we were called to this area but finding something we could afford or that was suitable was looking impossible) and couldn’t find anything until the Monday after Christmas (we looked at two places that day – the place we now live in and one that I won’t bother to discuss because there’s little I could say that reflect well). Signed a lease a week later and moved by the end of that week (with the help of some amazing friends)! We’ve been here (Winterville, GA) for a little over a month now and pretty much settled in.

And you would guess from the title that what I would like to talk to you about is trusting God and how we have lived it. That’s only partially true.

We have moved to what I have heard referred to as one of the most liberal areas of the state of Georgia (I won’t get into a political discussion or even one about whether that is good or bad – I have my thoughts and opinions but that’s for another time and post). I have also been thinking a lot about how many times in the Bible, especially in the Old Testament, we see someone say “your God”, “our God”, or, “my God”. I believe that whatever level of “possession” of God (yours, ours, or mine), makes a difference in the level of trust you put in God.

What does that have to do with the liberalness of this area? Well, since we’ve move here I noticed that I see just about as many “In God We Trust” stickers on cars here (for those who don’t live in Georgia, you can get these stickers that go over the county area of your tag). Most would associate that with a “conservative” viewpoint. I believe what is more important that what a sticker on our car tag says is what our hearts lead our mouths to say – is God “yours, ours, or mine”? And I don’t mean that in any elitist sense or that my view of God is better or truer than yours. What I mean is do you have a personal relationship and are able to say that God is mine? Do you have an just an association with God (as did the children of Israel for much of their history) and can say as one of a group of people that God is ours? Or do you have some part of you that either wants nothing to do with God or fears Him so much that you look at these people in the former groups and say, “God is yours”.

People either think that Kathy and I are crazy or are saints for picking up and moving to this area with no clear idea or purpose for our move. I can only explain it by saying that I heard what MY God wanted and I trust Him. A friend I was talking to joked that Kathy just looks at me and asks “Where are we going today?”. Not true – Kathy has her own relationship with God and all through this, she has been trusting also (she hates moving but she was the first to say we needed to move).

And you know, it’s not so much of whether God is “yours, ours, or mine” as whether we are His! And that’s what all of this comes to – where is He in our lives? We are not perfect – and you can keep the “Amen’s” to yourselves 😉 – but we are doing our best to be His. Trust doesn’t necessarily equate with understand. In God we trust.