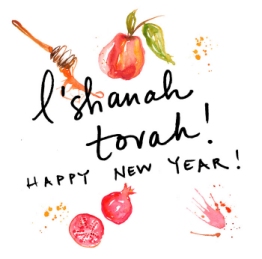 Happy new year! We are in a new year in the Jewish calendar and a new season for ministry for many – including ourselves. We haven’t written much because we’ve been in a season of listening – we still are. But this morning, God gave me a little bit to say (Kathy’s had a few words written but the time hasn’t been right for those just now; we’ll share these soon).

There has been a lot that has gone on lately and many are in confusion with the state of things in America and in the world. I believe that God is calling for repentance and a cleaning of house in the Church – it begins which each of us looking inward and realizing we are all broken people and confessing our sins to God and each other. Then we reach out to our brothers and sisters. I believe it it is Watchman Nee who said we are not called to change the world but to rescue people out of the world. Yes, there is SIN and we need to own up to that fact in our lives and the lives of others and yes, there is GRACE but it does not allow us the freedom to ignore SIN and to change God’s Word to suit our point of view – and many on both sides of any argument of your choosing in the current miasma of political and cultural debate have done that. Let us pray that God show us clearly what HE is saying and follow hard after that. I believe the Bible is still a valid guide for today – if we use it as “lamp unto our feet” instead of a source-book for the sake of our religion (or lack thereof). We need TRUTH – and there is an ABSOLUTE TRUTH – but we also need LOVE – God’s love not man’s self-serving definition or some government’s edict. Love is not legalized it is lived and its purest form means redemption and unconditional, restored relationship.

I confess now to being an imperfect representative of the King of Kings but I know that I have not the resources to survive this world without Him. My belief in God is not something I put worth to put others down or to judge others but I do want to honestly share what I believe is a light in the darkness. I ask forgiveness for times when that has NOT been the case – from myself or others who call themselves Christian. I am saddened by the efforts of many who bear that name and do not seems to even know the one they profess to follow. But they too are worthy of His love, just as much or more than this poor sinner.

Father, we come to You, broken, poor and empty. Fix us, bless us and fill us. In Your Son’s name, Amen!