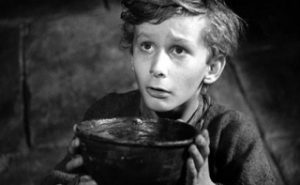 There seem to be two trains of thought regarding anointings and/or fillings of the Holy Spirit. One holds to the opinion that we can ask for and receive additional or “more” anointing or filling in/from the Holy Spirit as we grow, and by asking for it. The other holds that, when we first receive the baptism in the Spirit we have received the entirety of Him, all there is, and so no further anointings/fillings are possible. However, experience seems to show that different people do walk in different levels of power and anointing, and, over time it can be observed that even the same individuals can, apparently, walk in greater and greater power and anointing, as they grow and continue to work in the Kingdom.

I don’t pretend to know the answer to these seemingly contradictory viewpoints and perceptions. However, recently an illustration came to me (I believe it was given to me, by the Lord) which might, at least in some respects, provide a different way to look at this.

Consider the situation of someone who inherits a large house, with many and diverse contents, from a distant relative. The heir has not resided in the house, and may or may not have ever visited it, and it is being kept for them by a trustee until they are able to take possession. The house and all of its contents belong to the heir immediately. There is nothing ‘additional’ to be conveyed later, the house and all its contents is completely his/her inheritance, belonging to him/her as soon as the relative dies and bequeaths it to them (never mind about the reading of the will and all the legal mumbo-jumbo). The heir owns it the moment the property is officially and legally conveyed to them. He/she may receive the keys at one point and take physical possession of the house later, but it still is now his/hers. They have it all.

However, until they take the keys and use them to go through the house, opening/unlocking all the different doors and cabinets and such, they don’t have full use and accessibility to all that they already possess. Even having the keys doesn’t perfectly convey the inheritance, because they neither know nor understand fully nor can use what they possess, until the keys are used and they can then walk in and see and touch and use the inheritance that was already theirs. They might even need or want the trustee to show them around, explain, and perhaps demonstrate how to use some unfamiliar items, even though they are already the owner thereof.

I submit this illustration for your consideration and evaluation, and would love to hear any opinions and viewpoints regarding how well it might resolve the confusion regarding this issue – or not.